Nail fungus also referred to as Onychomycosis is caused by tiny fungus organisms that can be easily contracted anywhere. If you've got it, be rest assured that you are not the only person having this same dilemma as estimates have shown that over two million people in Canada have it while over 10 million people have it in the United States.

What is a nail fungus? 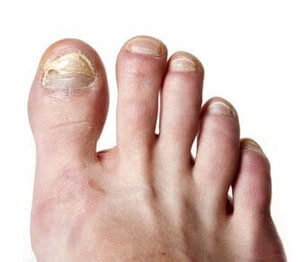 Nail fungus infections are really hard to spot earlier on. They only become obvious when they are fully established under the nails. Then they appear as a yellow spot which gradually spreads until it infects all parts of the nail and further spreads to all the other toe and finger nails. It is very easy for the fungus to survive in the nails because it is a very habitable environment for it to grow in. This is because most people wear covered and shoes that are not aerated. As they grow in warm moist dark environment, which sure provides the optimum breeding condition for them.

How not to catch a fungus?

Please note that nail fungus infections are infectious and can spread from one person to the other. The ways you can contact them from other people is when you share the same bathrooms as in public shower stalls, locker rooms and bathrooms. These places are usually moist and people who have them can walk around barefooted. The fungus which gets deposited on the floor as they walk around gets picked up by those who did not have them previously just by walking across the floor. It is also contractible from nail files and emery boards. It is the reason it is not good hygiene practice to share your nail files with other people as you can never tell what they carry on their nails particularly when it isn't obvious yet.

It is also advisable that you not walk around in bare foot in public bathrooms, shower stalls and locker rooms. Get a flip flop that you can wear when you are going to places like that. However, if it is late and you are sure you have already contacted it, you might want to start treating immediately.

Nail fungus infections are caused by various factors. It is easier for the nail to get infected when an individual is injured and when the shoes are so tight to the extent that the hoes pinch the person.

It is very easy to get and contract nail fungus and it common among those who have sweaty feet, share bathrooms, swimming pools, showers and locker rooms. Also people who do a lot of standing and are on their feet frequently as in the case of runners, athletes and dancers. If an individual also has a history of athlete's foot, has manicure and pedicure in places and salons where they do not take care of their nail files. It is also common among those who are about sixty five years old and above and people who have diabetes and other forms of circulatory diseases. 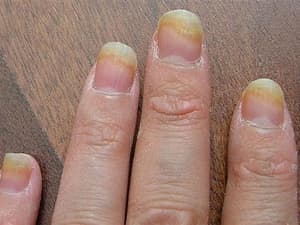 It is easy to spot the incidence of nail fungus infection. This is noticeable in the color of the fingernail or toenail which becomes yellow, yellow –green or green. Followed by the nails getting flaky, smelly nails particularly the toe nails. The nails may also collect debris under them. This is also backed by the thickening of the toenails making the shoes tight, painful, and difficult to walk or stand. Therefore, an individual who has all these symptoms would do well to see a doctor as soon as possible as it is possible that when the infection is not attended to and treated well, it will result in a worsened condition of the infection 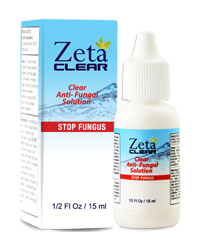 If you've got all of these symptoms, then a diagnosis is in order and you need to see a doctor in the shortest time possible. If the doctor finds that you indeed have a nail fungus infection, then he'll recommend what to do in the form of treatment options. There are varied treatment methods that you can opt for.

Now there's a solution to your nail fungus problems. Zetaclear is a two-step solution to help clear nail fungus. Now you can attack the problem on both the surface and underneath the nail where it begins with a combination topical solution and that helps reduce nail fungus and get the yellow out.